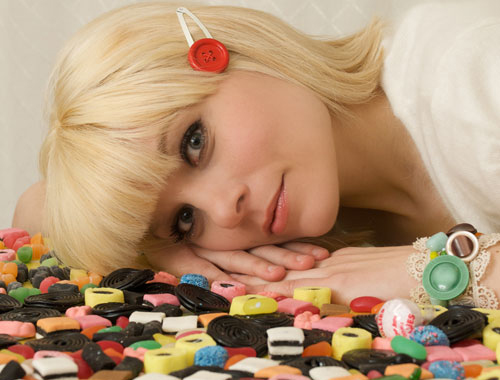 Perhaps the cutest girl to ever sing a love song and without a doubt the cutest SOUNDING girl to ever sing a love song, Hafdís Huld single-handedly restored my personal opinion of Iceland*. With simple arrangements and a voice that challenges buttons to a cute-off, Hafdís teeters on the edge of sugary-sweet, mixing stark-if-confounding lyrics and twee-pop melodies into delicious musical confections that sound surprisingly like hard candy tastes. Even at her most melancholy on Dirty Paper Cup, it still goes down like a Mary Poppins prescription.

Dirty Paper Cup is an album that’s hard to adequately represent in two tracks, but as is my sacred tradition, I will now attempt it. This is something like a triple salchow in difficulty, I expect to be rewarded for the attempt. I’m looking at you, East German Judge. If this cover of “Who Loves the Sun” doesn’t sell you then you cannot be sold.

My Heart Beats
Who Loves the Sun

And as a special treat, from me to you: Elf Watching with Hafdís Huld

* “What does that even mean, what did Iceland ever do to you?” you might be thinking. Well, I’m glad you asked. Prior to Hafdís Huld, I had decided that Iceland was some sort of quasi-reality where music didn’t sound like music thanks entirely to the efforts of the puzzlingly-world-famous and seemingly-never-diminishing Bjork, who is likely squeaking and a-tonally working her way to another Grammy nomination even now, continuing to defy convention in the most dissonant and sonically-displeasing ways imaginable. Bjork, if you’re reading this right now, man do I just not get your music at all. Not even a little. I think this may be applicable.