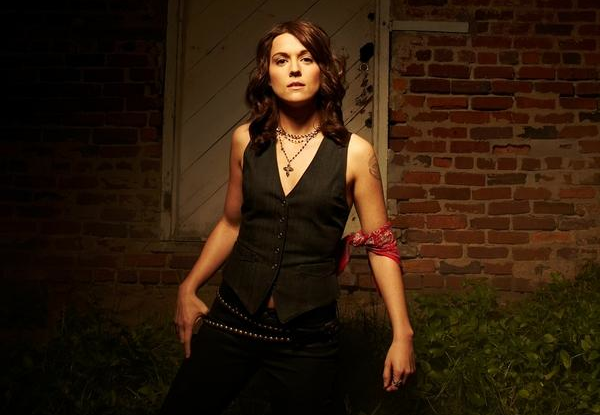 I know I promised this weeks ago. Two things about that. First, welcome to Cute Girls, this is kinda how we roll. Second, I’ve been having some trouble writing this up. To be clear, I have no trouble recommending Brandi Carlile to anyone, man, woman, child, animal, vegetable, mineral, visitors from strange worlds who do not perceive sound, everyone. If you’re reading this and you don’t already listen to Brandi Carlile, you should start right now. She’s a true talent and an absolute musical gift to the world at large. I am not the least bit biased by her life-changing and utterly incomparable live performance. Not in the least.

No, my problem is this. The Story is one of my favorite albums. Ever. There is something perfect about the sound and the songs that captures Brandi Carlile’s lightning in a bottle. It’s just not magic you find in every album. Pound for pound, doing better than The Story is almost as difficult as creating a system capable of expressing elementary arithmetic that is both consistent and complete (the references are deep today, stay with me). Now, I do not think she peaked, not by a long shot, but I do think following an album that good is Gordian Knot difficult. So what does that mean for Give Up The Ghost and why it took me so long to write it up? Well, it’s just not as good as The Story. Obviously not much is by my measure, but when I put on a Brandi Carlile album, I’ve come to expect that grade of magnificence. It took me a little while to acclimate to the new sound and let the methadone take effect, and I’ve only recently felt attached enough to this album to write it out. I knew it was time when I woke up whistling Dying Day and hadn’t listened to the album recently. In case you’re curious, that’s a sure sign of quality.

Give Up The Ghost continues Brandi’s tradition in fine fashion, even if it doesn’t reach the lofty heights of her prior. I’ve developed understandable proclivities to my favorites from the show, but this is an album that’s chock full of quality tracks. From rockin’ numbers like Looking Out to the most delicate of numbers, Oh Dear, Brandi’s playbook is impressive and ever-expanding with the notable addition of some honky-tonk piano courtesy of Elton John (and some duet vocals! Being Brandi Carlile is pretty awesome, apparently). There are times that the production quality leaves something to be desired, but my comparison watermark is T-Bone Burnett’s work, so falling short is hardly a stinging indictment. Dying Day is my hands-down favorite at the moment, but there’s plenty to fall in love with, including strong runner up If There Was No You. All things considered, it’s a great album, it just happens to be the second best Brandi Carlile album you can get.

Dying Day
If There Was No You