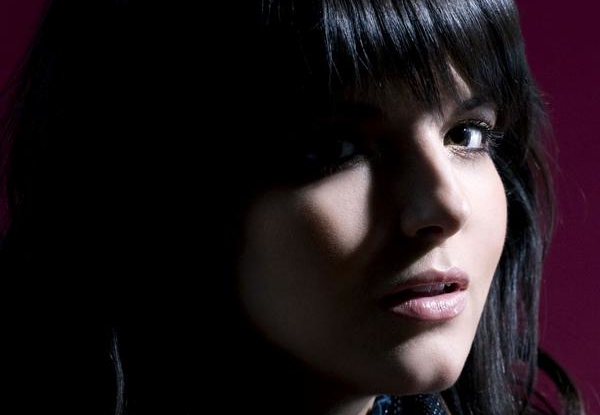 This isn’t a TV blog, but lemme start out here with this. The pilot of Royal Pains on USA was pretty excellent. I’m feeling especially fond toward it because they featured one of Adaline’s songs, and it was thusly that Adaline and I became acquainted, in the musical sense, of course.

Evoking shades of several of my favorites, Adaline brings a nice mix of electronic effects and traditional instrument work to create an very engaging soundscape. I hear some Anna Nalick, some Hush Sound, some Priscilla Ahn, a little honeyhoney. It’s a nice amalgam and her vocals tie in well, even if they are a bit round at times for the edgy sound that surrounds them.

Whiter/Straighter is the track featured on Royal Pains, you’ll understand immediately why I bought her album when you hear it. Pioneering is my second favorite from Famous for Fire, but they hardly cover the range of sounds you’ll hear.

This was just a horrible post. Not because of the music, not even a little. All me, failing. Dry, uninspired…not a single witty nugget to take home and treasure. Friends, I owe you better than that, I owe you something for the favor of even reading what I write. I apologize. To both of you.

I want to make sure the mediocrity of the writing above didn’t, in some way, reflect on the quality of the music. Adaline’s music is real good. Those two songs are super catchy and they really embedded themselves in my brain, but this album has many tracks of quality and you’d do it a disservice if you don’t at least click through to Amazon and check out the track previews. If you like A Fine Frenzy, you’ll likely enjoy Poor You, Carina Round fans will find some of that sauce at play in Chemical Spill (which was in the fight with Pioneering for my second track, it’s really quality), Broken Glass brings me a strong flavor of Halou… There’s a lot going on here. This is no album of knockoffs, I don’t mean to cast it as such, it just touches my special music place in many different ways. No, I cannot show you on the doll where the talented musician touched me, it’s a metaphor.

So, there you have it. Adaline, real good, go listen, ignore my Busch League writing skills.