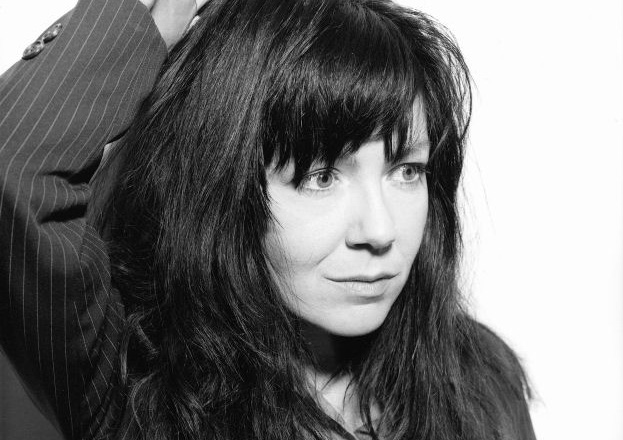 I absolutely adore A Girl Called Eddy. In a metaphorical world where Rachael Yamagata is my one and only, A Girl Called Eddy is the girl I met that made me wonder. I’ve been considering exactly how to describe this music in the most make-you-wanna-listen way for months. Hopefully the following does the trick.

Some music is airy and lighthearted, it puts a spring in your step, puts you in a good mood. Other music is epic and grand, it opens up like a door into the aether, befuddling your mind and leaving you in wonder. Still other music is brash and urgent, driving you, nay, requiring you to dance and move. A Girl Called Eddy’s music is none of that. This sound is velvet. It’s the warmth of a fireplace. The security of a familiar embrace. An envelope of sound that separates you from the world. You don’t listen to A Girl Called Eddy’s music, you put it on, you immerse yourself in it. The sweet melancholy drifts over you and into your soul and you forget about things that aren’t Erin Moran’s voice, things that aren’t reverb-infused and intent, things that aren’t this music.

It’s hard to describe exactly what it is about A Girl Called Eddy’s sound that forever makes me feel like I’m in a warm cocoon surrounded by icy nothingness. There’s a strong sense of space created by the liberal reverb and open, ambient arrangements, but Erin Moran’s voice defies it, full and rich, opposing the emptiness, grounding song and listener, focusing the magic. More energetic selections pepper a track list dominated by contemplative numbers but even at their most intense, they’re reined in by the strength and weight of Moran’s vocals, kept from running away and upsetting the album’s groove.

These are my favorites, and this is the sound I love on the album. More uptemo numbers like “Golden” and “The Long Goodbye” are excellent songs, but these are what I think of when I think of A Girl Called Eddy. I cannot wait to see what Erin Moran has in store for us on her upcoming album, supposedly due out this year. I am already in the throes of another Long Wait, as patented by Rachael Yamagata, but some tiny unjaded portion of my inner monologue (and it is tiny) maintains hope that A Girl Called Eddy will deliver soon and make me again consider her for the top spot in my musical heart. Do yourself a favor: put on some great over-ear headphones, settle in for 51 minutes and let A Girl Called Eddy prove me right.

Girls Can Really Tear You Up Inside
Little Bird